4 Important Questions to Ask When You’re Looking for a Chelsea, MA Chimney Sweep Near You

When the homeowners of Suffolk and Suffolk Counties are in need of efficient, affordable, and reliable chimney services, there’s only one company they call: Boston’s Finest Masonry. We’re a family-owned and operated, full-service Chelsea, MA chimney sweep that has been meeting the chimney care needs of Suffolk County and Suffolk County residents for more than 25 years. Our team of professionally trained and highly experienced technicians adheres to the rigorous standards that have been established by the Chimney Safety Institute of America and uses the most advanced techniques and state-of-the-art technologies to deliver outstanding results.

When you need the services of a Chelsea, MA chimney sweep, instead of wasting your time searching online for “chimney sweep near me” and hoping that you’ll find someone reliable, get in touch with a company that has more than two decades of experience and a proven track record of success: Boston’s Finest Masonry.

4 Key Questions to Ask When You’re Looking for a Chelsea, MA Chimney Sweep 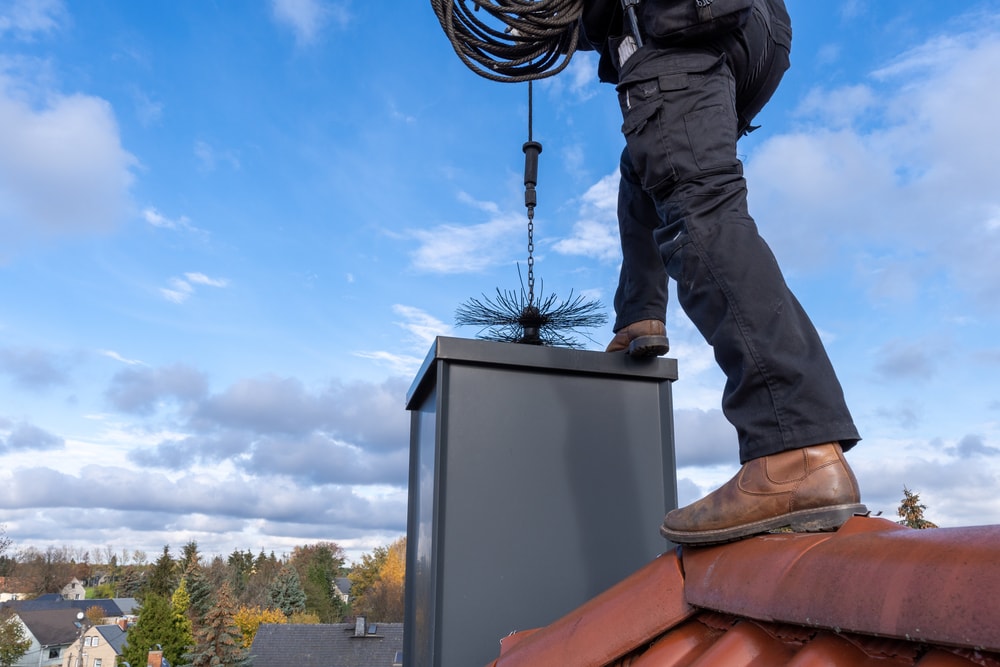 A lot of things can happen when a chimney is being cleaned, inspected, and repaired; your Suffolk County property could be damaged or the technician could sustain an injury, for example. Make sure that the Chelsea, MA chimney sweep you hire is fully insured. If they aren’t and something does go wrong, you could be held liable for the related expenses. A reputable chimney sweep near you will carry a minimum of liability insurance, and if they employ a crew, they’ll carry workers’ compensation coverage, too. Ask to see coverage of their insurance, and check to make sure that their policies are valid.

The best chimney care professionals will offer a full range of services, including chimney and fireplace cleanings, inspections, and repairs. Chimneys experience a lot of wear and tear and require a lot of care. During a routine cleaning, a reputable Chelsea, MA chimney sweep will perform a thorough inspection of the structure, and if any issues are spotted, they should be able to make the necessary repairs.

Boston’s Finest Masonry: A Full-Service Chelsea, MA Chimney Sweep You Can Count On

Some information about Chelsea, MA

The area of Chelsea was first called Winnisimmet possibly meaning ‘good spring nearby’ or ‘swamp hill’ by the Naumkeag tribe, who lived there for thousands of years prior to European colonization in the 1600s. Samuel Maverick became the first European to settle permanently in Winnisimmet in 1624 and his palisaded trading post is considered the first permanent settlement by Boston Harbor. In 1635, Maverick sold all of Winnisimmet, except for his house and farm, to Richard Bellingham. The community remained part of Boston until it was set off and incorporated in 1739, when it was named after Chelsea, a neighborhood in London, England.

In 1775, the Battle of Chelsea Creek was fought in the area, the second battle of the Revolution, at which American forces made one of their first captures of a British ship. Part of George Washington’s army was stationed in Chelsea during the Siege of Boston.

On February 22, 1841, part of Chelsea was annexed by Saugus, Massachusetts. On March 19, 1846, North Chelsea, which consists of present-day Revere and Winthrop, was established as a separate town. Reincorporated as a city in 1857, Chelsea developed as an industrial center and by mid-century had become a powerhouse in wooden sailing ship construction. As the century wore on, steam power began to overtake the age of the sail and industry in the town began to shift toward manufacturing. Factories making rubber and elastic goods, boots and shoes, stoves, and adhesives began to appear along the banks of Boston Harbor. It became home to the Chelsea Naval Hospital designed by Alexander Parris and home for soldiers.